Born Miriam Gibson to parents Linda and Robert in Los Angeles, California. She was active in sports as a child, taking part in little league baseball and soccer. She also took some basic karate lessons for around a year when she was nine. She was an average student.

When she was ten years old she and her parents were hit by a large truck while out driving. Their car was thrown from the road and flipped several times, killing her parents and badly injuring her. Her injuries were so severe she wasn't expected to survive, so it was surprising when a week after the accident she was showing signs of improvement. Within three months, after many surgeries and rehabilitation she was able to get up out of bed. Fully recovered with only the scars to remember the trauma.

After the recovery she was placed in a group home, she lived there for two years before she was adopted by Ralph and Dinah brown. She lived happily enough with them and their son Timothy, age nineteen. She started running track in school and took up karate classes again. She remained an average to poor student with an abysmal attendance record.

At fourteen her adoptive father was killed in a brutal attack, drained of all blood. It was explained as an animal attack and Miriam accepted this explaination. She and the remainder of her family continued living in LA for another year, as Dinah slipped into a depression and started drinking heavily. Unable to pay the bills they moved to Sunnydale due to the low cost of living. Timothy stayed behind to go to college. Dinah became more and more distant from Miriam, caring little about what she did or didn't do.

Miriam began actively skipping school, caring little for grades or even the sports she used to enjoy. Once she found out about the supernatural and her innate Slayer abilities she became focused heavily on slaying. She joined a street gang led by Lucos Kirklin, the Main Street Delinquents. After a few months when Luke left town to help his sister fight in Chicago, she took over leadership duties until his return. 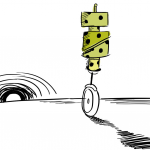 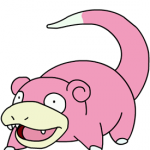